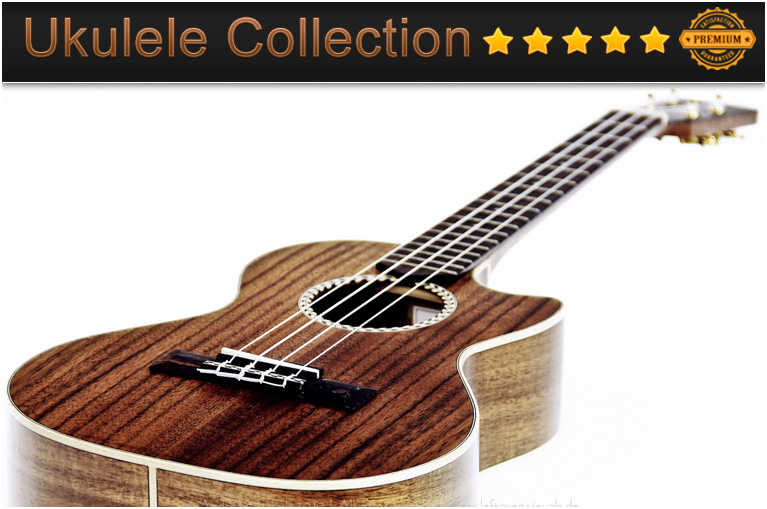 The ukulele sometimes abbreviated to uke, is a member of the guitar family of instruments; it generally employs four nylon or gut strings or four courses of strings.[2]

The ukulele originated in the 19th century as a Hawaiian interpretation of the machete,[3] a small guitar-like instrument related to the cavaquinho, timple, braguinha and the rajão, taken to Hawaii by Spanish and Portuguese immigrants, many from the Macaronesian Islands. It gained great popularity elsewhere in the United States during the early 20th century, and from there spread internationally.

The tone and volume of the instrument varies with size and construction. Ukuleles commonly come in four sizes: soprano, concert, tenor, and baritone.

Price is in US dollars and excludes tax

This author is affiliated with the "Switzerland SUISA" P.R.O.

What does this mean?