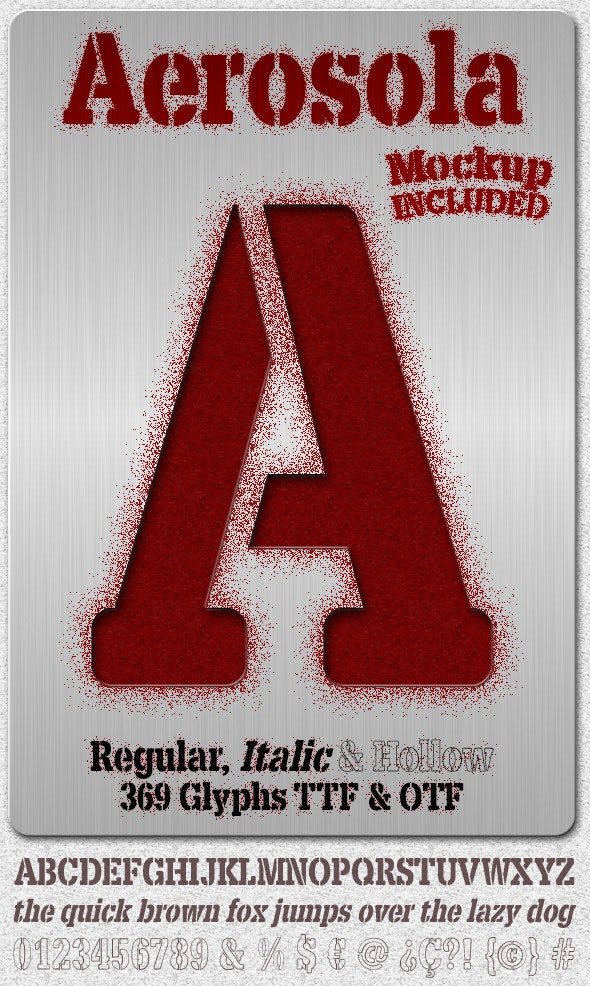 Aerosola is a Military Stencil Typography, black and condensed, with square serif rounded finish. A fancy stuff for design of posters and affiches. Make templates and use spray! The kernig of this typography was created with thoroughness.

Within the package you’ll find a TTF & OTF files, a PDF file containing a character map for each version and a Free Mockup based on the above image.

Thank you for your interest in my font