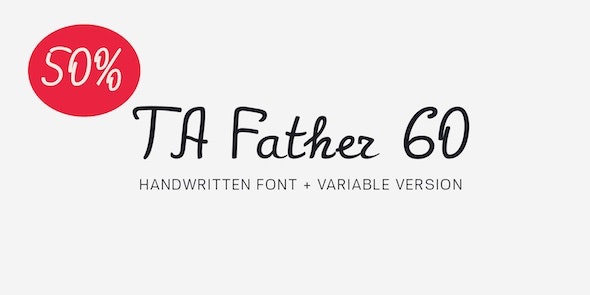 Since 2017, I have been improving my font creating skills. In the same year, I went through my father’s notes and decided to make a font with his handwriting style.

I completed the initial version with a lower number of glyphs in 2018. It supported only basic Latin, Turkish, and Azerbaijani alphabets.

On the 15th of January 2021, my dad will turn 60. I am planning to finalize the updated version of the Father font by then.

View Portfolio
2 Sales
1 Comment
Item Rating:   Minimum of 3 votes required
© All Rights Reserved tural_a
Contact the Envato Market Help Team
by
by
by
by
by
by