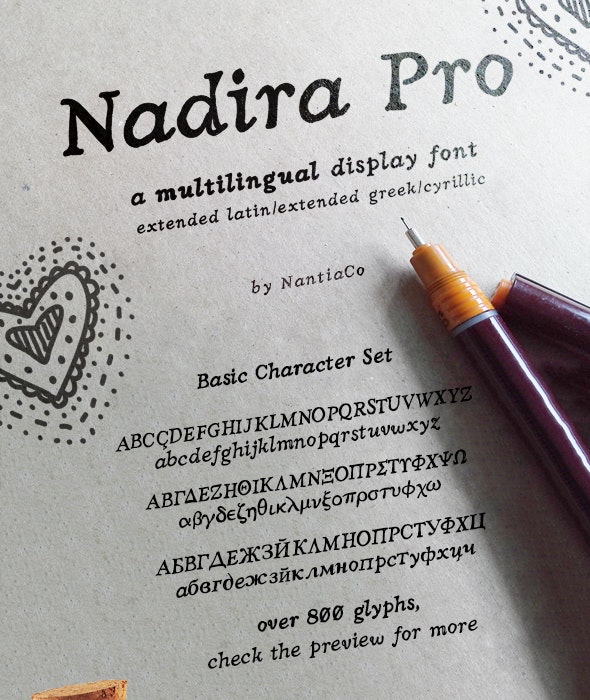 Why did I create this font?

I wanted to make a nice greek hand-drawn serif font, that looks formal enough on wedding invitations, but not too sketchy. I wanted to create a display font that has a great variety of applications. The font is handcrafted but still, is maintaining it’s legibility and balance so it can be used on small paragraphs too.

Nadira Pro Font is a hand-drawn, decorative, serif font with 882 glyphs in 2 weights with:

I hope you enjoy it and if you make something cool with it,